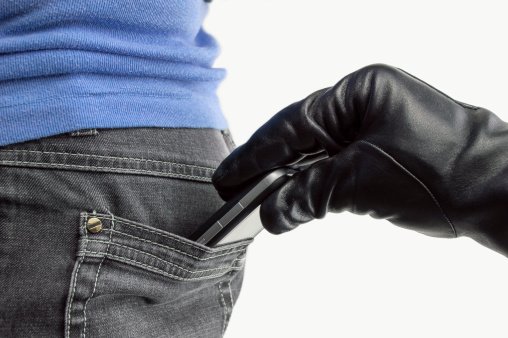 Number of cell phones is growing by the day at a significant rate, and the users are not confined to adults but also every teenager has a cell phone or may be even two. The main reason for this growth is also due to the many fancy features offered by the manufacturing companies at very low and attractive prices.

In the current era, cell phones hold a lot of an individual’s data both personal and professional and hence an unauthorized access or any kind of leakage of it would mean a huge damage to an individual in all aspects. Hence, the security and privacy of the cell phones is of an utmost concern for the users, meaning that in case there is any theft or if a device gets lost it would be very concerning for the users especially if the user holds some confidential data that may affect not only a person but also the whole nation’s security.

With the number of lost and stolen cell phones on the rise, there is a huge requirement for the Government to take some steps in this regard; as stolen or lost phones or the data within them can be misused by criminals or any individual. Looking into this matter as a major concern the Indian Telecom Ministry has recently stated that it will soon launch a register known as the Central Equipment Identity Register (CEIR) which will hold the International Mobile Equipment Identity (IMEIs) number which is 15 digit unique number that helps in uniquely identifying a cell phone.

How would users benefit?

Once implemented in the coming weeks, consumers in India whose mobile phones are lost or stolen can inform the Department of Telecom (DoT) via a helpline number after filing a report with police. The DoT can then blacklist the IMEI (International Mobile Equipment Identity) number, effectively blocking the mobile device from accessing any cellular network in the future. Alongside this, the stated objectives of India’s CEIR specifically refers to facilitating “IMEI-based lawful interception”.[2]

The plan for preparing this registry was first thought of in the National Telecom Policy-2012. Later before its actual implementation, a prototype was also developed and tested by state-owned BSNL’s IT Project Service unit in Pune. Now as the government has also given the final nod to the project, in its final budget of 2019-20 the government allocated Rs 15 crore to the DoT for the CEIR project.

The CEIR will have three lists in it:

The main objectives of the Indian CEIR are for the curtailment of counterfeit mobiles, blacklisting lost or stolen cell phones thereby discouraging theft and other misuse. Moreover, it will help in filtering out valid and genuine users. The CEIR will also have access to GSMA’s (GSM Association) global IMEI database, allowing comparison of IMEI numbers to identify counterfeit devices.

Some of the countries already using this registry are Australia, UK, Azerbaijan, Egypt, Turkey and some other countries as well.