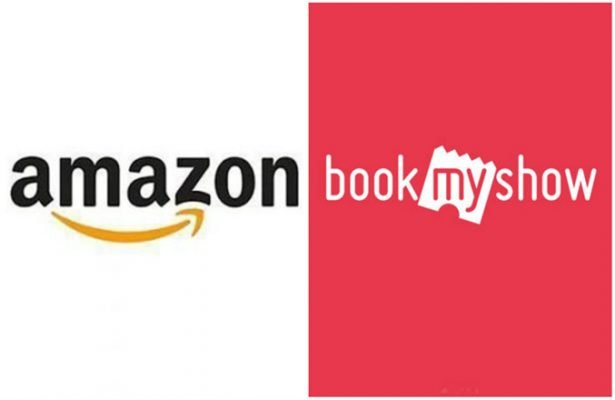 Being one of the world’s largest e-commerce site, Amazon now sets its sight to expand its business even more by entering into the entertainment sector of India. Yes, you heard that right, Amazon now to enter India’s $23.9 Billion media and entertainment business by selling movie tickets online. A report from EY-FICCI stated that in March this year, a huge number of consumers spent mostly on the web for purchasing or booking and the numbers are growing all the more. Also, more than 50% of the tickets sold by the top four multiplex chains in the country have been done from web in recent years.

The e-commerce giant took this step months after offering flight ticket bookings in India as it races to push the usage of its payment option Amazon Pay and make it the super app in the payment area. To introduce this option in its Site and App the e-commerce giant partnered with local online movie ticketing giant BookMyShow

Amazon users can buy tickets online since 2nd November. To book the movie tickets the users need to navigate to “Shop By Category” and there can select “movie tickets” on the shopping site or through the Amazon Pay tab. Moreover, BookMyShow is the exclusive partner of Amazon in introducing this new feature as informed by both of the companies. Also, to compete with other companies providing tickets online, the e-commerce giant has introduced attractive offers and discounts right at the beginning.

Amazon said that Indian users will get a 2% cashback on credit card payments of each movie ticket, it also further added that it will offer a cashback of up to ₹ 200 on each ticket purchase till 14th November. None of the companies have opened up on who is paying the cashback, but its most likely that BookMyShow would be paying Amazon some fee for being able to touch millions of customers the e-commerce giant has gained in the country.

For introducing the flight ticketing service Amazon India partnered with Cleartrip, in an interview with TechCrunch Balu Ramachandran, SVP at Cleartrip told that the company was paying a promotional fee to Amazon but didn’t provide any clarity on any details. Also, founder and CEO of BookMyShow Ashish Hemrajani said that this partnership will enable its Company to access Amazon India’s “deep penetration across tier 2 and tier 3 cities.”

Talking about online ticketing, Amazon also launched one more new feature last month in its site that allowed Amazon Pay users to pay their mobile, internet and utility bills through Alexa. This is the first time Amazon is offering these functionalities in any market, furthermore, it is also planning of bringing this feature in the US in the coming months.

Amazon is really making an effort of grabbing the Indian market by maintaining its tie-ups with Indian online services and offering cashback, different discounts and offers from time to time so as the public get used to Amazon Pay and make it their primary payment option rather than opting for some other solutions. Apart from all these efforts, Amazon has recently invested $634 million into its Indian business.